Stills from the promo for "Stray" are used in the book as examples of lighting for movement, exterior lighting, lighting through windows and lighting with a green screen.  Below is a link to the film on Vimeo and stills with lighting diagrams from the book. 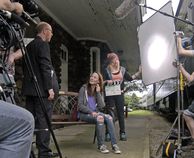 The promo for "Stray", written and produced by Nena Eskridge, was the first fifteen minutes of the feature film screenplay which was then used to find investors and on kickstarter. The feature was made three years later with a different cast. The returning crew members were David Landau as the DP and Roxanne Barret, who was the 2nd AC on the promo and the A camera operator on the feature.

The Stray promo was shot over a five day period with a crew of around 15.

Stills from "Stray" are used in the book;

Actor Aaron Lustig walks cautiously down the hallway towards camera, as the camera dollies back 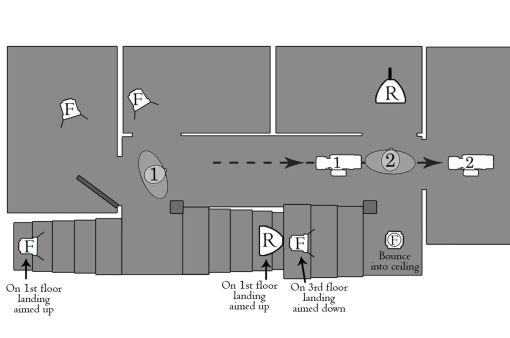 Dolly ends in a medium close-up 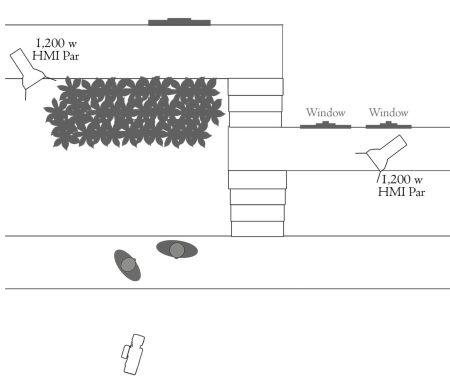 Lights through the windows provide a morning look 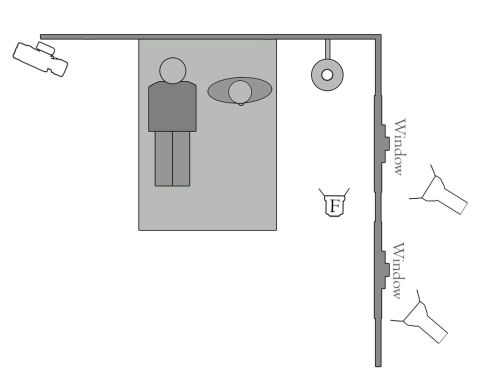 Lighting through windows and green screen 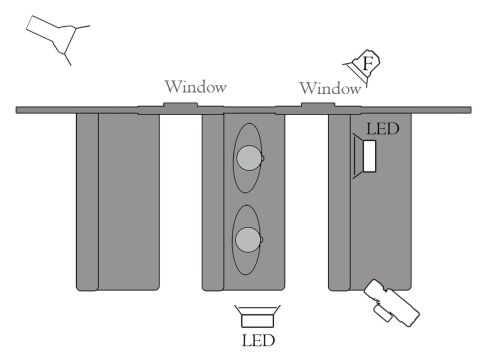 Interviews with professional cinematographers and gaffers,